Go therefore and make disciples of all nations

At Summit we believe strongly in the mission to go and make disciples. To that end, we support ministries here in Maine and around the world. Our ministry partnerships represent a commitment that we as a body of believers have made to the selfless individuals who work to further the kingdom of God. 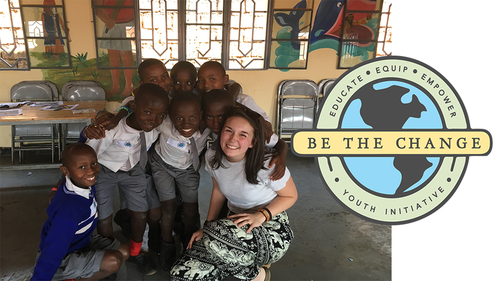 Be The Change Youth Initiative

bethechangeyi.com
Be The Change desires to encourage the next generation of leaders to world changing action today. By fostering a sense of compassion for the world while they are young, today’s youth can grow into adults who understand the possibilities of change, because they have already been a part of it!

Their local mission is to educate, equip, and empower children to create positive change through their gifts and talents. They believe every child has something to offer and can make a difference in the world. Whether they love sports or have a creative flare, we provide the tools needed to help them leave a lasting impact on the lives of countless children around the world.

Their global mission is to help provide life-changing opportunities to children around the world through the development of intentional partnerships with organizations already on the ground serving impoverished communities. BTC's Fundraising Initiatives allow them to provide financial support and advocacy to hundreds of children in Haiti (Hands & Feet Project) and Rwanda (Africa New Life).

greentreeministries.net
The Green Tree Ministries building is like a modern day well. In the Bible, wells served as a place to get water, socialize, have meetings, and serve needs. Jesus himself used the well as an opportunity to build relationships. That is exactly what we want to do: build relationships and serve others.

Green Tree serves in three different ways. They provide a Christian Resource Library which includes books, DVDs, and audios for all ages with a variety of topics. Free Bibles and devotionals are available for all ages.

The Green Room Conference Room hosts many free Bible Studies and small groups and is also available to book out upon request for special meetings.
Finally, Seedlings Play Place offers free child care for parents enrolled in The Green Room studies or enjoying Roots Cafe located next door. The play place is simply for kids to have fun and make new relationships.

joniandfriends.org/new-england/
Based in Londonderry, New Hampshire, this Joni and Friends Area Ministry serves the six New England states of Maine, New Hampshire, Vermont, Massachusetts, Connecticut, and Rhode Island. We work with local churches and organizations to provide outreach programs that minister help and hope to those who face the daily challenges of life with a disability. We’re committed to reaching individuals and families affected by disability in our community with the love of Christ. 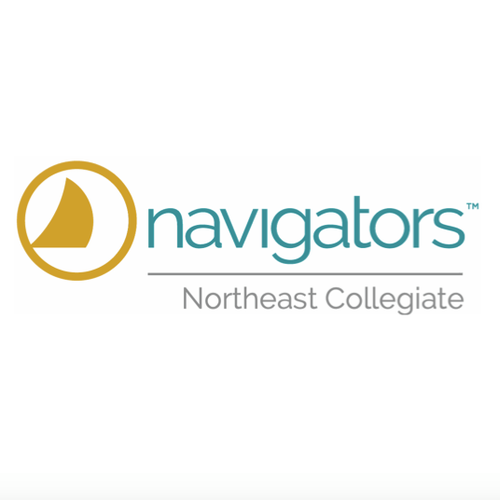 northeastnavigators.com
The Navigators Collegiate ministry serves as an open door to share Jesus with between forty and fifty thousand students each year through Life-to-Life relationships, recreation, and discipleship. During these crucial years of life, their goal is to equip students with the skills and tools for them to advance the gospel wherever life leads.

The Northeast Navigators serve in over 20 campuses throughout New England and New York.

navigatorchurchministries.org/
Dennis Blevins grew up in the South, learning from his parents about the truth of the Bible. At a young age, he trusted Christ and was helped to grow in his small church in Atlanta, Georgia. His parents were involved with the Navigators in the 1940s. He made a deep commitment to follow Christ in Bible School. As he joined the Navy, he met The Navigators and for the next six years received help in his walk with Christ. After the Navy, he finished his degree, met and married Mary Jane, and joined the Navigator staff in collegiate work. Fourteen years later Mary Jane and he moved to Portland, Oregon to work with Multnomah Bible College and Mission Portland. During this time, he was a pastor in a local church, led the local Promise Keepers ministry, and began coaching training.

Today Dennis and Mary Jane live in Gladstone, Oregon. Dennis coaches leaders and pastors across the country in more than 40 states. He helps lead Navigators Church Ministries on the Director Team and as Pacific Northwest Regional Leader, and he also helps pastor Anthem Church in Portland.

therootcellar.org/
The Root Cellar was established in 1984 in a dirt floor church basement in Portland, Maine. Recognizing the need for a place where teens could come as an alternative to the streets, and in some cases their homes. Christian volunteers provided a positive place where the area youth could drop in for food, games and friendship. Over the next decade, programs for kids and adults began to take shape as The Root Cellar became an independent non profit organization supported by volunteers from multiple area churches and denominations. In 2001, completion of a brand new facility at 94 Washington Ave. in Portland enabled the organization to properly host the dozens of programs offered as well as allow for new program ideas. In 2009, The Root Cellar opened a second site in Lewiston - Maine’s 2nd largest city. Located in the heart of the residential downtown neighborhoods. The Root Cellar is committed to bringing enriching services to neighboring youth and their families.

After more than 30 years of hard work and determination, The Root Cellar is still committed as ever to serving and loving our neighbors. 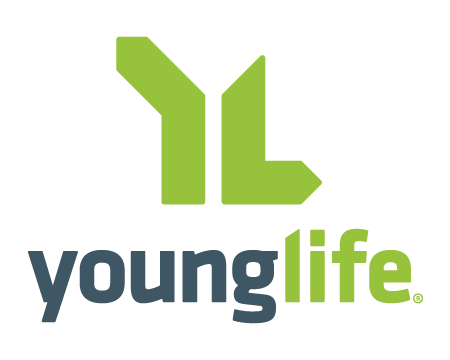 sebago.younglife.org
Young Life is a non-profit, non-denominational Christian outreach to high school-aged kids. It is now in more than 800 communities nationwide and in 53 Countries around the world. Young Life seeks to provide a creative and healthy environment in which students can investigate and evaluate the Christian Faith. Young Life Gorham volunteers and staff reach out to adolescents through volunteers, staff, club meetings, and camps. Young Life is open to high school students of any or no faith background.

Everyone is welcome in Young Life! Their programs are custom made for kids throughout their adolescent years. Young Life is the name of our organization and is also the term we use for our program with high school students. We call our middle school program WyldLife. The initiative for college and university students is called Young Life College.
Young Life’s multicultural ministry, focused on kids in diverse cultural communities and those in economically-depressed areas, is arguably the largest of its kind in the United States. We refer to our ministry to kids with disabilities as Capernaum and to our work with teen moms as YoungLives. In a partnership with Military Community Youth Ministries, Young Life reaches military teens through a program called Club Beyond. The Small Towns initiative brings Young Life to communities of fewer than 25,000 people. 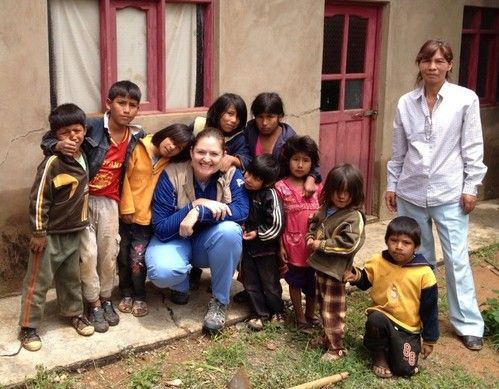 internationalministries.org/author/k-engel/
Kristy Engel is a global consultant with a focus on health care issues. She is trained as a pediatric nurse practitioner and holds a Masters Certificate in international nutrition. Kristy served for 12 years in the Dominican Republic, leading mobile medical clinics and International Ministries relief efforts following the 2010 Haiti earthquake. As a global consultant, Kristy is able to visit countries in need of health assessments, ongoing education, health team visits or other forms of collaboration during crisis and non-crisis situations. Her goals are to empower local leaders, to help communities recognize their strengths and understand how to make better use of their resources and to build relationships that increase the health of populations around the world through innovation, networking and encouragement. 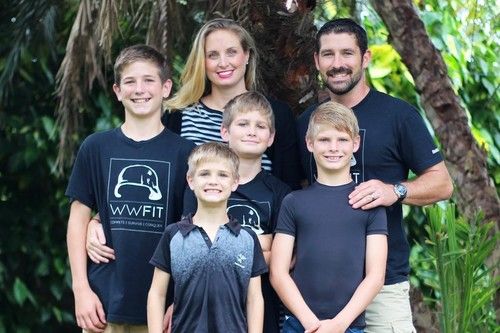 harrellsinafrica.com
As part of the Genesis Trust, Genesis Youth was founded under the burden to intervene in the lives of young people before they made decisions that could make them statistics. They are located in a community with one of the highest HIV/AIDS infection rates in the entire world. Therefore, Genesis Youth Centre is strategically located for maximum input into the lives of those infected and affected by HIV/AIDS. There are complex systemic issues as result of the high death rate in the communities. The heart can only truly be changed by a personal relationship with Jesus Christ, therefore relationship is at the heart of each and every ministry at Genesis Youth. 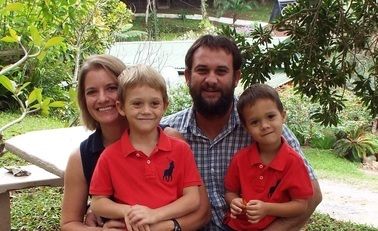 missionoflovezambia.org
Jako and Amber Joubert and their 2 boys, Jakob and Jeremiah, started Mission of Love Orphanage in 2006. The orphanage is located in the heart of the bush in Mukamba, Zambia. The vision of the orphanage is to bring the love of Jesus Christ to the children of Zambia through physical and spiritual means.

Mission: to teach the word of God so that people can know the truth about the Creator. To see tribes and nations becoming one and worship God the Father as the King of kings and Lord of lords. To make disciples of Jesus Christ, so that we all will be new creations in Jesus Christ.

newlightnepal.org
Every year, over 1.2 million women and children are trafficked around the world. Their lives stolen by sex trafficking, forced child labor, organ trafficking, and child marriage. Since 2012, New Light Nepal has shown the love of Jesus Christ in at-risk communities by providing anti-trafficking training, financial support, and formal education, creating an environment in which fewer children are trafficked in the first place. The ultimate goal is the elimination of human trafficking in Nepal, and the methods are highly successful, cost-effective, and empowering for women. 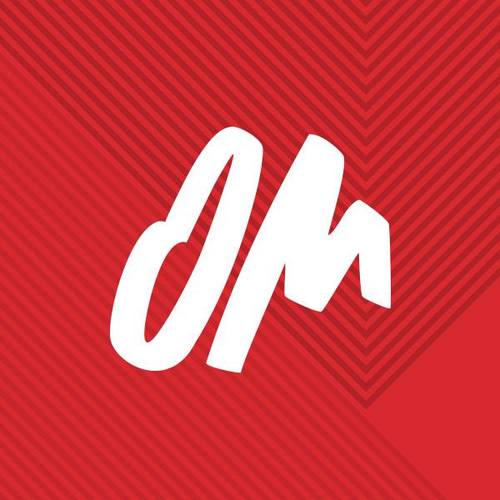 omusa.org/areas/country/sri-lanka
Gary and Sue Dean have served with Operation Mobilization in Sri Lanka for 14 years. They now live in the USA but have been provided with a 5 year multiple entry visa that allows them to to journey back and forth. They minister throughout the entire country and hope to be able to pour their efforts into expanding the newly planted churches in Vavuniya and Trincomalee. They have also been able to explore the calling of ministering to the pastors of these newly planted churches who need much encouragement. 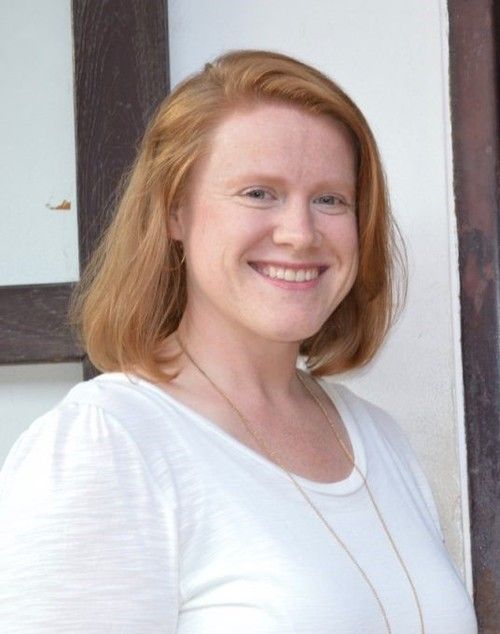 internationalministries.org/author/j-pedzinski/
Jeni serves on the leadership team at the New Life Center Foundation (NLCF) in Chiang Mai, Thailand. Established in 1987, the New Life Center serves young ethnic minority (tribal) women who are at risk for, or survivors of, human trafficking, forced labor and sexual abuse. NLCF residents are provided with shelter, education, vocational and life skills training and legal assistance. Special therapeutic activities for survivors include comprehensive art, dance and music therapy and individual counseling. With degrees in development and Christian theology, Jeni provides administrative support, Christian discipleship and financial literacy training to NLCF staff and program beneficiaries. In collaboration with the NLCF’s senior staff, she writes grants, oversees the monitoring and evaluation of program outcomes and assists with public relations.

Write and encouragement, question, or prayer and we'll connect you via email.